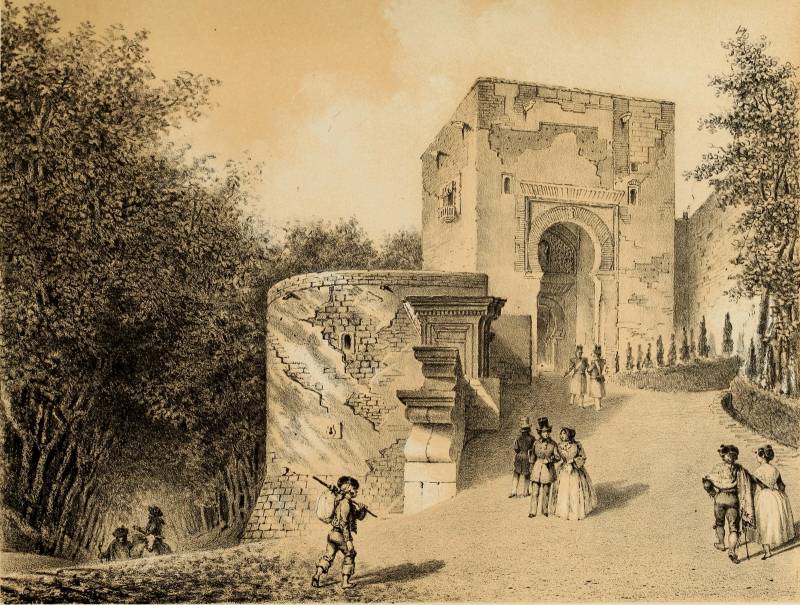 Meet with us the importance of the gates of the Alhambra, both internally and externally, inserted in the wall surrounding the Alhambra. 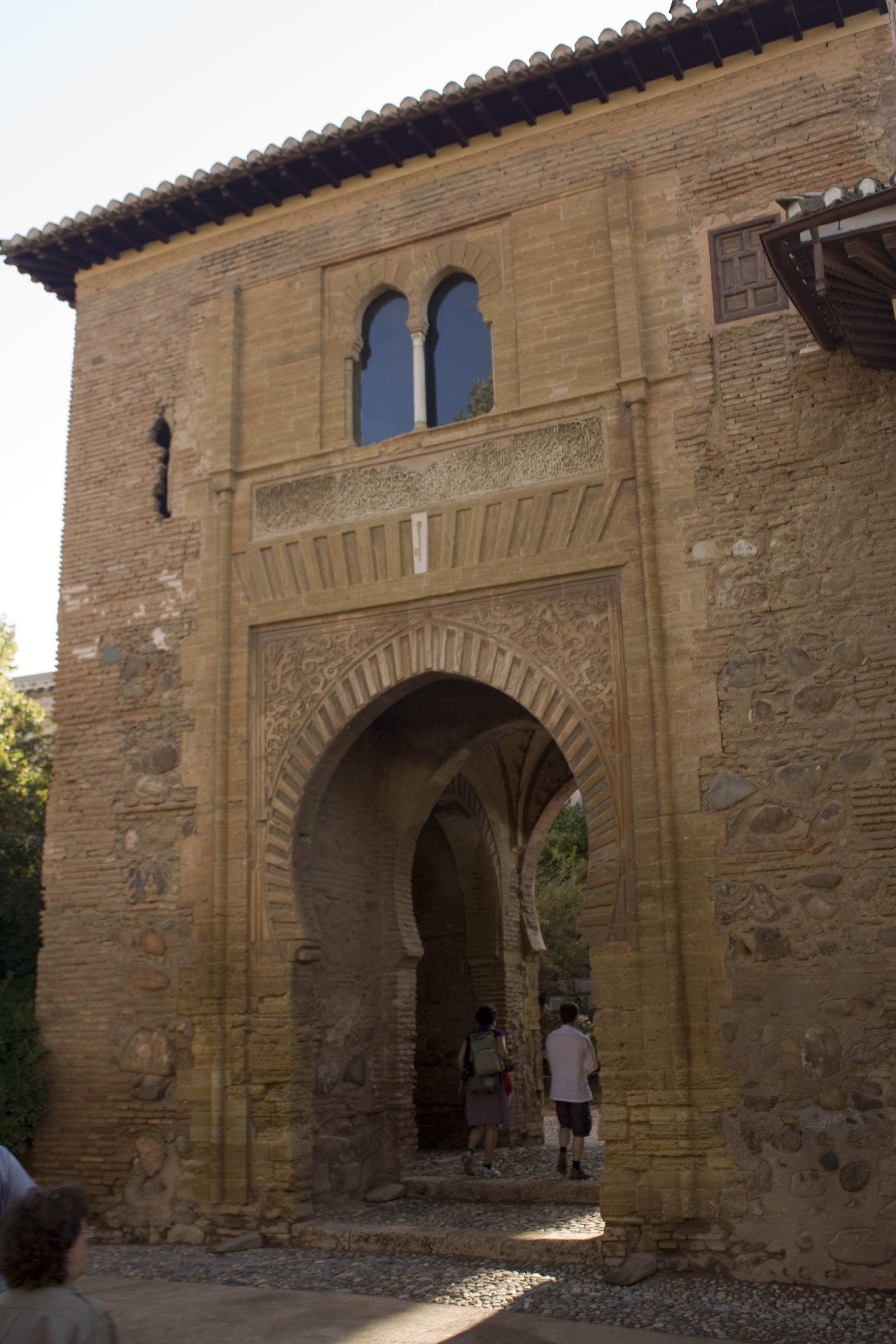 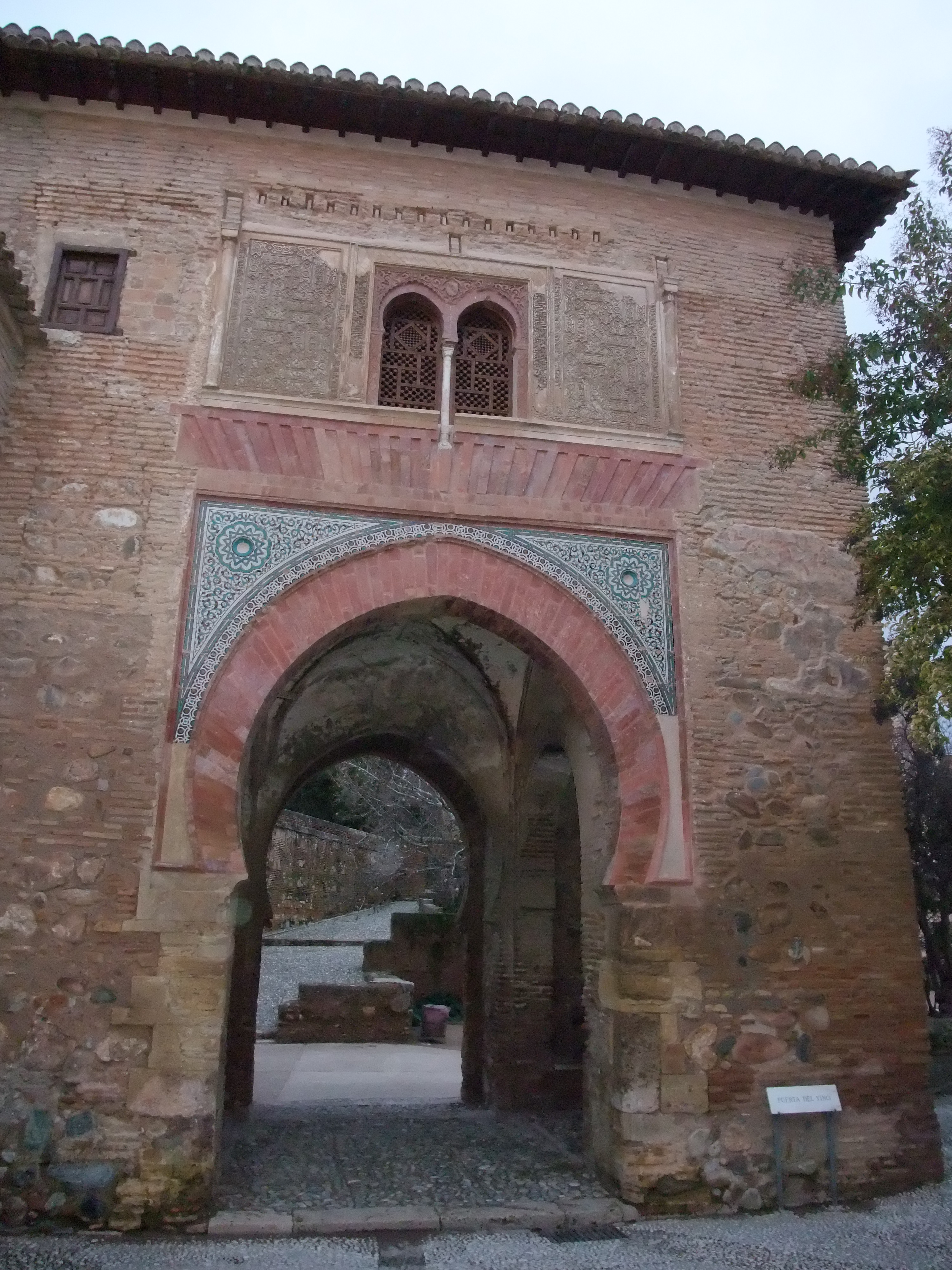 During our guided visit to the Alhambra we will pass several times through an inner gate of the city that joins the area of ​​the Alcazaba with the Medina: the Puerta del Vino. The gate of the Wine presents a direct access with interior benches for the rest of the guard and with housing in the high part. In the interior façade it preserves a decoration of plasterwork and exceptional dry rope tiles and in the exterior façade we find ourselves if we go from the previous area to the Alcazaba towards the Medina, we will see a carved key in the central voussoir of the arch, key that is repeated in different gates and that was used by the Nasrid dynasty as another symbol of its power. 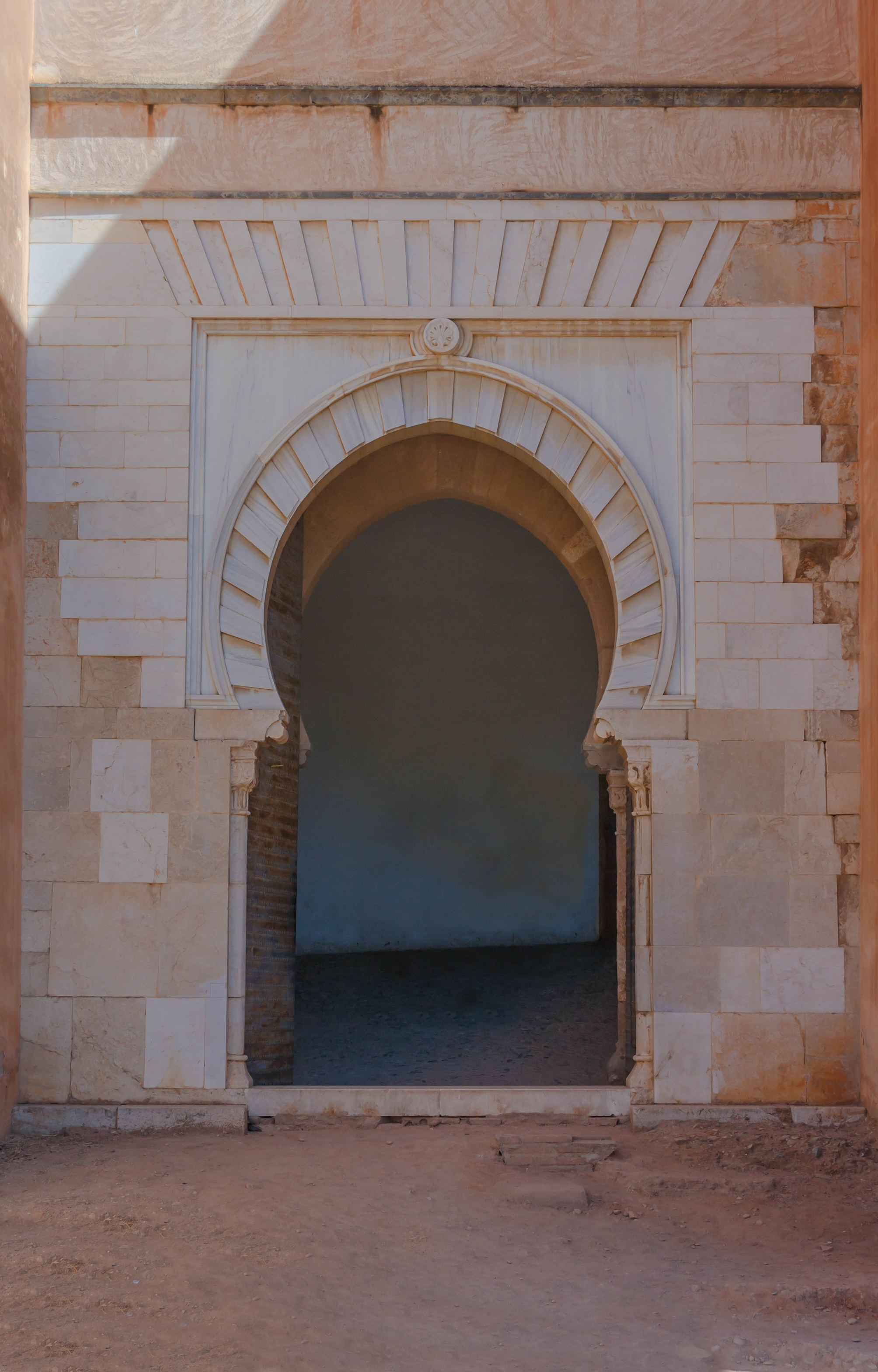 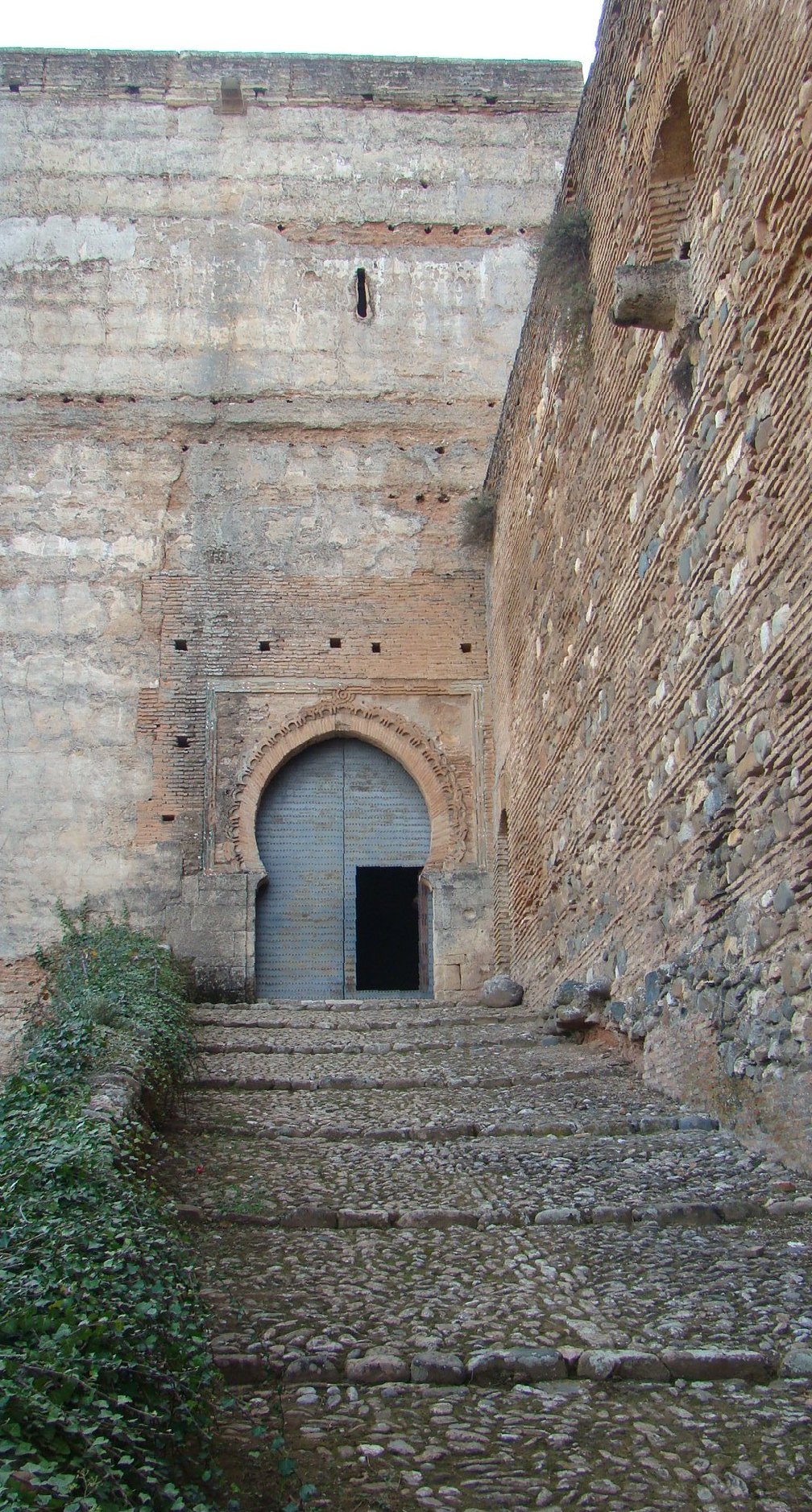 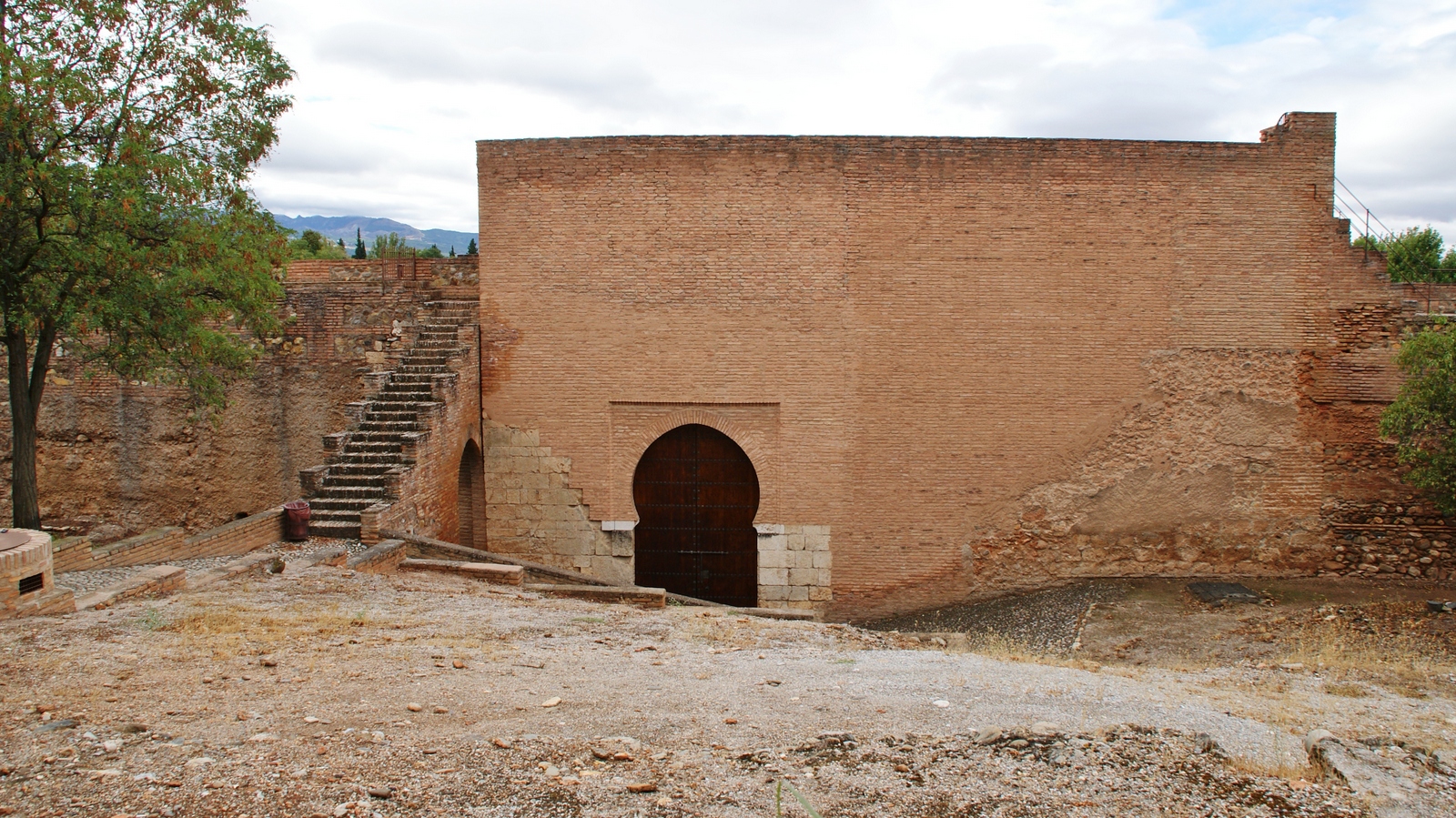 The most monumental gate of the Alhambra is without a doubt the Puerta de la Justicia or the Esplanade, with a marked ceremonial character, it was built by Sultan Yusuf I in 1348. As a triumphal arch, it conserves two very important symbols, again the key and the hand of Fatima. Symbols of the Muslim stage that coexist with the Virgin and Child that the Catholic Kings ordered to be placed there. It preserves its wooden gates with iron sheets, the original fittings and even inside the hangers to hang the pikes. In the interior there is a small altar that was placed there to commemorate what, apparently, was the first mass that was celebrated in the Alhambra after the taking of the city. 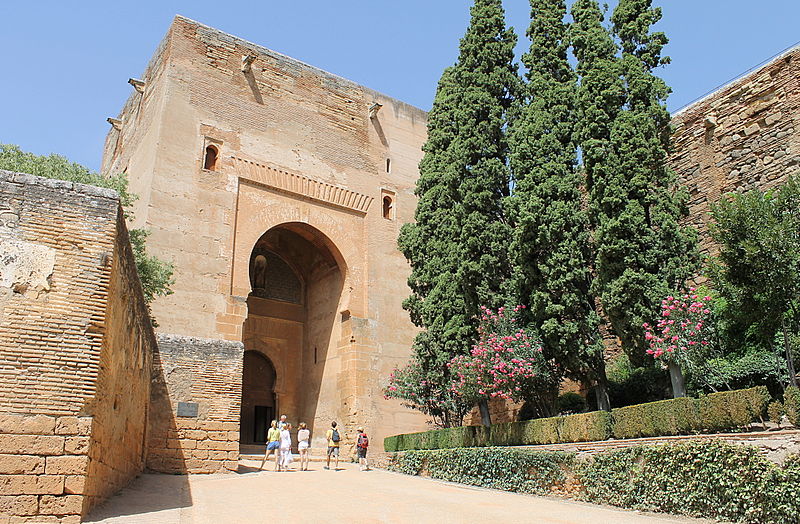 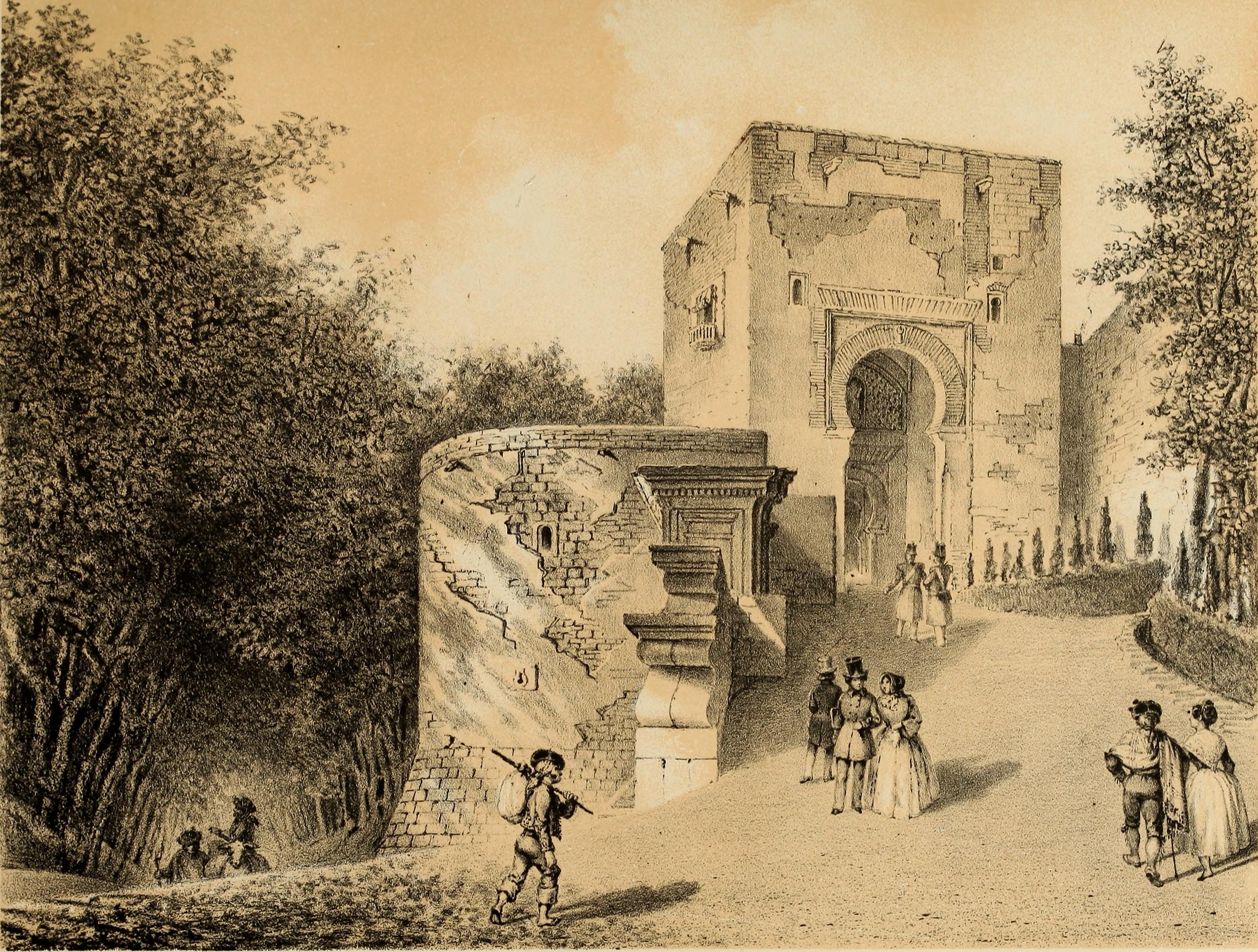 The closest gate to climb the Alhambra from the Albaicín after saving the river Darro through one of its bridges and the one that the Grenadians in medieval times, most frequently used, is the Puerta de las Armas. The gate of the Arrabal, at the foot of the tower of the Peaks was the closest to the Generalife and finally the gate of the Seven Floors. This is the gate that gave direct access to the Medina. The gate was left without possible use by the Christian stronghold that was built after the conquest of the city and that closes it completely on the outside. It has always been wrapped in a magical aura, thanks to the legends that became popular in the nineteenth century about it. Most of these spaces are closed to the public visit and are only visited when the space of the month is part of the program.