THE ALBAICÍN, the medieval Granada at the foot of the Alhambra 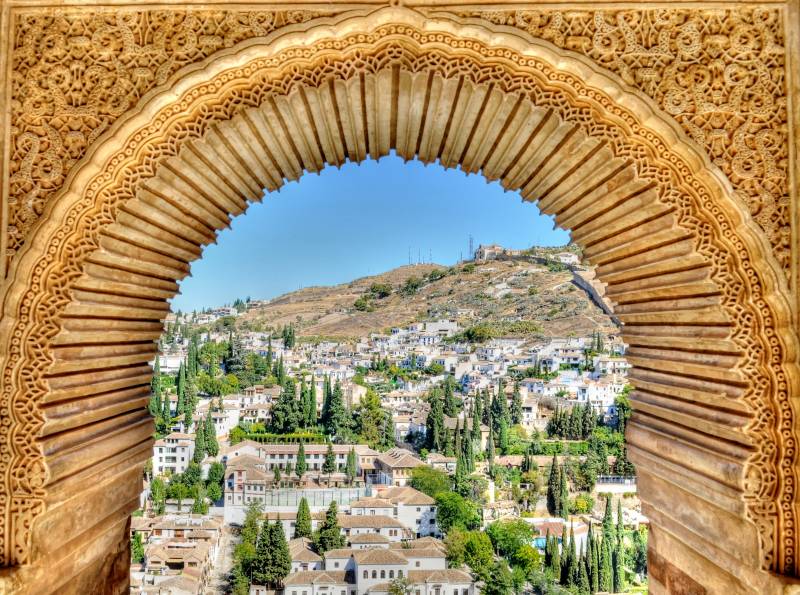 Our guided tours of the Alhambra and its Nasrid Palaces last about three hours, so you have the magnificent opportunity to take advantage of the rest of the day to get lost in the beautiful alleyways of the Albaicín.

The Albaicín Spring is reborn every year in Granada and flourishes in one of its most magical neighborhoods: the Albaicín. This spring, during the Holy Week do not miss a walk to discover this beautiful neighborhood that will transport you to another era. Our guided tours of the Alhambra and its Nasrid Palaces last about three hours, so you have the magnificent opportunity to take advantage of the rest of the day to get lost in the beautiful alleyways of the Albaicín.

During our visit, from the Alhambra, you will discover this beautiful district with a charm so special thanks to the spectacular views that you will have from the Alcazaba, the Nasrid palaces or the Generalife. The Albaicín, declared World Heritage Site by UNESCO, is the medieval Granada that continues to breathe between its alleys, doors, walls, viewpoints, cisterns, squares and cármenes. We recommend that after completing the visit to the Alhambra with us you walk down from the Alhambra by the slope of the Chinese.

This medieval road, between the Alhambra and the Generalife, will lead you to the Paseo de los Sad and from there... a lot of encouragement to climb the slopes that will take you to the Mirador (viewpoint) de San Nicolás. But it's worthwhile the little effort. The slope of the Chapiz, the Cuesta (slope) de Santa Inés and many others will take you through an unforgettable walk to the heart of the Albaicín.

Do not miss the Water Street, the long square or the arch of the weights. But it's still the best, a place where you'll realize you've never seen anything so beautiful before. Yes, you have just arrived at the Mirador de San Nicolás, from where you can see the best views of the Sierra Nevada, the Alhambra and Granada. Now it's time to look for the way back to the centre of Granada, not without stopping to enjoy a tea in the tearooms of the boiler-making street just a step from the cathedral and the Royal Chapel.